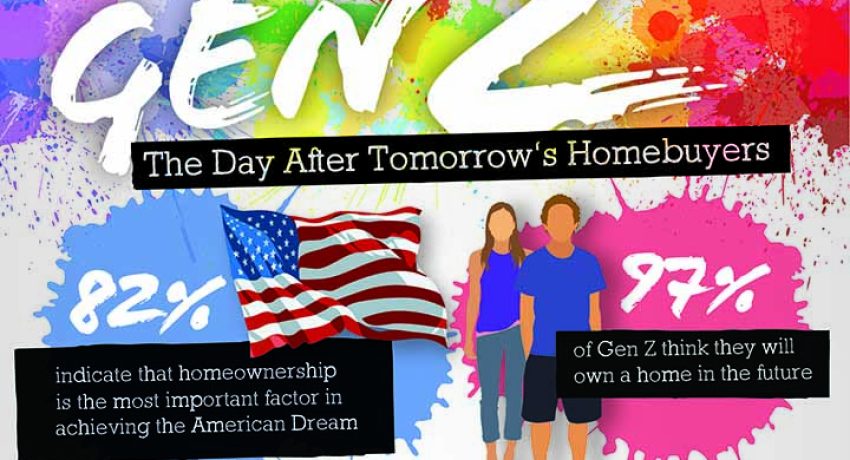 Think back to your teen years. Could any idea have been more distasteful than teachers piling on twice as much homework? Well, perhaps yes: How about taking your mother or father to the high school prom?

Remarkably, many teens ages 13 to 17 said in our recent Generation Z survey and infographic that they would willingly bear those burdens if doing so meant they could get their ideal house in the future. More than half (53 percent) said they’d sign up for double the homework, and 42 percent said they would even forgo weekends and attend school seven days a week.

What might surprise you even more, though, is that 53 percent of these teens said they would stop using social media for a year to help score their dream dwelling. That a generation hooked on Instagram, YouTube, Tumblr and Snapchat would make such sacrifices shows that today’s youth have more traditional goals and expectations than you might have guessed.

Our survey included a thousand members of this 21 million strong cohort. Those expecting to find young people too preoccupied with posting selfies to think about a grown-up future event like homebuying will take note of responses that included — no joke — 39 percent who said they would pick a parent as their date on prom night.

To understand how much young folks would sacrifice by giving up social media for 12 months, a survey released by investment bank Piper Jaffray found that more than nine in ten American teens regularly use social media, two-thirds of them posting, tweeting, and updating from iPhones. They’re the most active demographic group in the social media world — not surprising, considering that they’re the first generation to have had social networking sites at their fingertips essentially since they can remember.

Half of teens log on to social media more than once a day, says a recent report on teen social media use by educational networking website Edudemic. Even the youngest report a high level of activity: Among the under-13 group, a quarter have their own YouTube accounts.

One thing that seems fairly certain is that today’s youth won’t practice social media abstinence when it’s time to go house shopping. Though the majority expect to use a real estate agent, almost one in three respondents expect they’ll correspond with those agents through video chats, and the great majority expect to use the Web during the buying process, mostly to view listings and take virtual tours. Nineteen percent believe they’ll actually purchase a home online.

You can learn more about the Generation Z survey with our infographic below, and by reading the full press release.