“Black Friday,” typically associated with the busiest holiday shopping day of the year, is switching seasons.  Home Depot will run “Spring Black Friday” promotions geared at homeowners looking to start their gardens and other products to spruce up their outdoor areas (think: sales on lawnmowers, patio furniture, etc).  This is also great for sellers fixing up their homes as they gear up for the spring selling season. 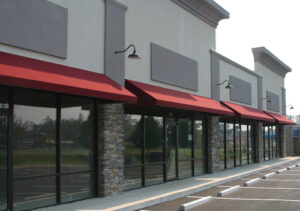 City planners are left with ghosts of once flourishing shopping centers

From fixing up homes to fixing up abandoned malls, city planners, left with ghosts of once flourishing shopping centers, are using the existing infrastructure to build new communities, according to SwitchYard Media.  Across the country, new apartments, civic centers and parks are showing up where Macy’s department stores used to be.

A New York court this week announced a pledge for all homeowners facing foreclosure to have legal representation, becoming the first state to do so.  Lawyers for struggling homeowners would not only make the process more efficient, but perhaps more fair for those who know very little about foreclosure law.

Down payments, which rose 22 percent in nine major U.S. cities last year, may be getting even higher.  The Obama administration last week called for a 10 percent minimum down payment on conventional loans, which would be raised gradually, and private lenders are already insisting on minimum requirements higher than that, according to The Wall Street Journal. A poll here asks: what do you think is the ideal percent to put down?

In another effort to woo homebuyers, builders are touting how energy efficient new homes, which are usually more expensive than older homes, will save owners money on energy costs in the long run.  KB Home and PulteGroup, for instance, are providing consumers with an energy label which estimates monthly gas and electric bills.  I think that is a good idea for any home.

Craigslist is becoming a player in the real estate industry with an increasing number of homebuyers perusing the site for listings.  Agents, instead of feeling threatened by another player in the space, take advantage and list your properties!