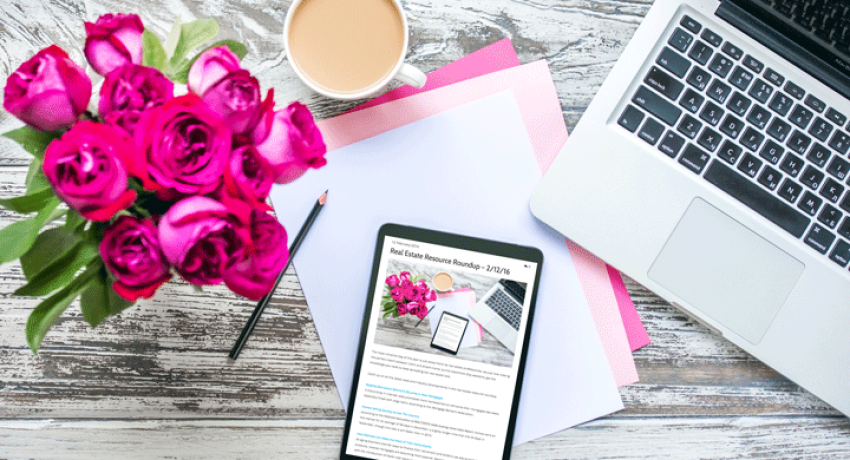 The most romantic day of the year is just about here! As real estate professionals, we just love making the perfect match between client and dream home, so this Valentine’s Day weekend, get the knowledge you need to keep spreading the real estate love.

Catch up on all the latest news and industry developments in the real estate resource roundup.

Wealthy Borrowers Behind 9.3% Jump in New Mortgages
A sharp drop in interest rates prompted more homeowners to refinance their mortgages last week, especially those with large loans, according to the Mortgage Bankers Association.

Homes Selling Quickly Across The Country
According to the National Association of REALTORS’® (NAR) Existing Home Sales Report, homes were on the market for an average of 58 days in December, a slightly longer time than the 54 days in November, though this rate is still faster than in 2014.

How Retirees Can Make the Most of Their Home Equity
As aging boomers look for ways to finance their retirement and lenders use ads to pitch their products, reverse mortgages are becoming more popular. Reverse mortgages gained traction recently with the introduction of lower-cost loans as a result of new government regulations.

Metro Home Prices Continue to Rise
According to a quarterly report, the median existing single-family home price increased in 81% of measured markets in metropolitan areas around the nation.

Student Loan Debt Weighs Down Housing Market
Many first-time buyers are having difficulty in saving for cash down payments. One reason is that they are saddled with student loans they are desperately trying to pay off.

The 20 U.S. Metro Areas with the Most New Construction In 2015
Metropolitan areas continue to expand and grow, particularly in these 20 regions.

Fastest Growing Markets in the Fourth Quarter of 2015
Rising sales and home prices typically coincide with each other. That was not the case in the final three months of 2015, but why?

Americans Still Feel Locked Out of Homeownership by Money Woes
Years into the economic and housing market recovery, financial woes still bar a significant number of Americans from achieving homeownership. One in five middle-aged Americans who don’t own a home believe that they’re locked out of the market by credit scores that prevent them from being able to get a mortgage, according to a new Bankrate.com survey.

Three Ways That the Blockchain Will Change the Real Estate Market
Experts have suggested a number of niche industries that will be made more secure by the blockchain technology data record, but to date, very little attention has been given to the potential effects on the real estate market. Find out how this change will impact real estate.

What to Know About the Latest Twitter Changes
A new “best tweets first” feature will always appear at the top of your feed. For now, the new feature is opt-in only, so you will need to manually activate it in your account settings. The company eventually plans to roll out the change to all Twitter users in the coming months.

Five Tips for Continuous Strategic Planning
At the outset of any business, most entrepreneurs build a smart, thorough, and data-driven business plan and roadmap. Months or even years later, however, this plan can become obsolete. Here are five tips for updating your business plan for the future.

In case you missed it here on Clean Slate, Senior Director of Learning Technologies and Solutions Karlton Utter revealed the six prospecting strategies you haven’t tried. As always, be sure to follow #BHGRE on Facebook and Twitter for more updates.