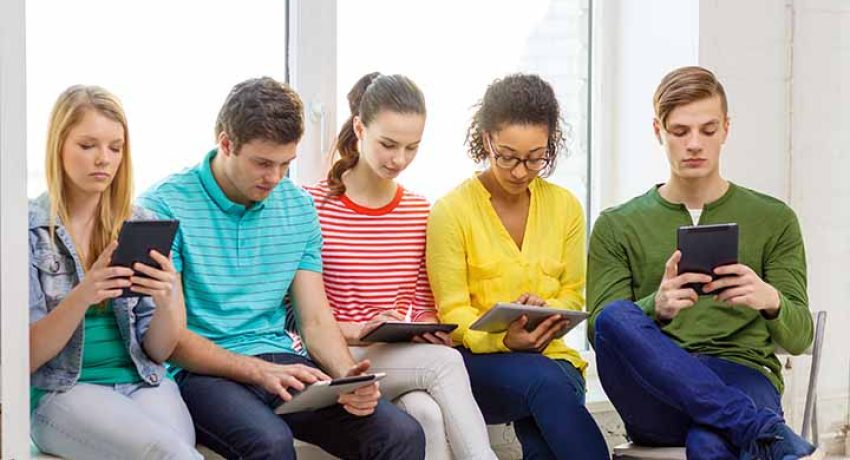 Americans love to shop online, and they’re buying more with their PCs and mobile devices every year. A recent retail study predicts that online spending per capita will grow 44 percent between 2012 and 2016, the increase fueled largely by the explosion in mobile technology. Walmart reported that on Black Friday 2013, more than half its traffic came from mobile devices.

Young people expect and demand online retail options — indeed, they’ve never known a world without them. So people in our business are bound to wonder what this trend means for the future of real estate sales. Better Homes and Gardens® Real Estate surveyed a thousand members of Generation Z teens, ages 13 to 17, to find out. What they said might surprise you, and should offer comfort to those who fear being marginalized in today’s self-service world.

First off, most of the survey respondents — 97 percent — expect to own a home in the future. It’s no surprise that a similarly large majority (95 percent) believe they will take key steps in the home buying process online. They named viewing listings and taking virtual tours as their most likely digital pursuits.

But a 59 percent majority believe they will search for their future home with the help of a real estate agent, and 81 percent foresee working with an agent during the actual home purchase. The number of teens who think they’ll actually buy a home online: a mere 19 percent. These encouraging findings attest to the enduring importance of relationships and the human element in a transaction as complex and important as buying real estate.

But don’t get too complacent. These folks have high expectations of how they’ll interact with us, with 29 percent saying they expect to chat online with real estate agents. So if you’re not tech-savvy, take heed and prepare.

These survey responses mirror how teens generally view online shopping. It’s a staple of their lives, but most still believe some things are better done in person. Investment bank Piper Jaffray, who regularly surveys young people’s shopping habits, says three-quarters of U.S. teens shop online, but that it’s not their preferred way to buy. Seventy-eight percent of girls say they prefer to shop in stores, and almost as many boys (75 percent) agreed.

Interesting as these findings are, you might wonder just how relevant it is to ask teens, whose interests (and budgets) for now lean more toward fashion and video games than homeownership. Well, it might be more relevant than you think. Our Generation Z survey group expects to enter the real estate market young — age 28, on average. That’s just more than a decade out for the oldest of the respondents and three years younger than today’s median average.

That’s not just naïve or wishful thinking, either. A recent National Association of REALTORS® report says people ages 24 to 35 accounted for 52 percent of buyers in 2013. And this group has very realistic expectations about what real estate costs and how much they’re likely to spend on a first home — but more on that in a future installment. In the meantime, learn more about the survey by reading the full press release, and watch the video below.