In the words of Bob Dylan, “The Times They Are A-Changin’.”

This week, the 112th Congress was sworn in and the gavel passed from democrat Nancy Pelosi to republican John Boehner in a changing of the guard that capped the largest mid-term election party turnover in 70 years.

In the biggest change in 40 years, Starbucks introduced a logo without its green circle border proclaiming “Starbucks Coffee,” thus giving its signature mermaid some room to grow. CNBC speculated the shift to a wordless logo would help Starbucks with its product adoption overseas.  Can your business benefit from more universal imagery?

For my money, the most inspiring story of change this week was “Golden Voice” Ted Williams, a homeless man who after catching the attention of a reporter with his booming baritone voice, has job offers around the world. 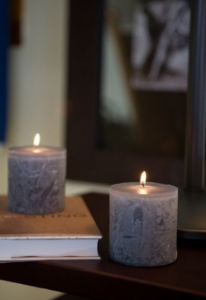 What about changing the vibe of your home?  Perhaps in a sign of the times, smudgers — or “space cleaners”— are gaining attention.  Their job is to rid an apartment, home or other space from “negative vibes and improve the energy.” From simple rituals of burning sage to more in-depth practices, this is not likely to go away.  In my opinion, whatever makes a person more comfortable in their own home is something worth doing!

In an unwelcome change for some prospective home buyers, mortgages rose 2.3 percent last week.  While last year, 50-year low mortgage rates captured headlines, this year, industry experts believe the age of near 4{0a8e414e4f0423ce9f97e7209435b0fa449e6cffaf599cce0c556757c159a30c} mortgage rates may be gone for good.  This change, they argue, may create a sense of urgency and stimulate the housing market. Stay tuned…

And finally, can a change of scenery lead to higher property values?  An article in The Washington Post reports how landscape architect Frederick Law Olmsted increased property values after creating escapes like New York’s Central Park. According to the article, “parks and managed green space are vital pieces of urban infrastructure that not only improve the quality of life for millions of people but also drive economic growth.”  How does your city fare in greenery?