The biggest news in social media this past week is LinkedIn’s IPO.  The “world’s largest professional network on the Internet” went out at a strike price of $45 and traded above $94 on its opening day.  The success of the first pure social networking site IPO is sure to get the attention of rumored social network IPOs like Facebook, Groupon, Pandora and  Yelp, who are “all likely to go public within the next year,” according to CNN.

In a glimpse of the future, Toyota, Microsoft and Salesforce.com are embarking on an initiative that will let drivers interact with electric and plug-in hybrid vehicles through a social networking of sorts.  “Toyota Friend” will work similar to tweets on Twitter, in which messages will be sent from the car to the owner, with reminders to charge the battery in an electric car, for example.

The same week Bing search engine director stated “traditional search” is dying, Google announced that is has rolled out “social search” which incorporates the Facebook and Twitter posts of 19 languages into search results.

Are green products full of white lies?  As the environment becomes more important to consumers in their purchasing decisions, and more green products hit the shelves, many consumers are becoming leery that language on packaging is misleading, a practice the Los Angeles Times reports is being dubbed “greenwashing.”

Ronald McDonald, the face of the global fast food chain, can breathe a sign of relief as he has kept his job.  The decision came despite a letter published as a full page newspaper ad signed by health organizations and professionals asking McDonald’s to stop marketing to children and retire the company’s iconic ambassador.  Do you think McDonald’s marketing should bear any blame for the childhood obesity epidemic?

Thanks to her use of social media, Lady Gaga has surpassed Oprah Winfrey on Forbes’ Celebrity 100 list.  She earned the spot thanks to her 32 million Facebook fans and 10 million Twitter followers. (Campaigns like those with iconic brands Starbucks, Polaroid and Google do not hurt either). 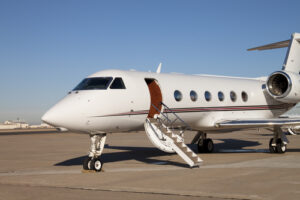 What are your future plans?  A new social networking site, WhereBerry, lets members share such information as restaurants they want to try and attractions they want to visit.  The info is sent to their Facebook connections for comment and to perhaps make plans.  Interesting!  Will you join?

And finally, if your future plans involve flying somewhere, why not fly in style on a private jet?  Social Flights is a new Groupon-like site that uses connections on Facebook, LinkedIn and Twitter to organize flights on private planes, for about $400 a person!

Have a great week!