The Night Before Christmas (Talent Attraction or Recruiting Style)

‘Twas the night before Christmas, when all through the house
Not a creature was stirring, not even a mouse;

The lockboxes were hung on the doors with care,
In hopes that a Realtor soon would be there.

The agents were nestled all snug in their beds,
While visions of next year danced in their heads;

The broker still at work, putting on his thinking cap,
Time to recruit-no time to nap!

When out in the parking lot there arose such a clatter,
He sprang from his desk to see what was the matter.

Away to the window he flew like a flash,
Tore open the shutters and threw up the sash.

His newest agent was tip toeing her way through the snow
She gave a squeal as her heel slipped out from below,

When, what to my wondering eyes should appear,
But her new found buyers and never ending cheer.

She regained her balance, she was quick,
Pulled out her purchase agreement and handed them a Bic.

More rapid than eagles the new agents they came,
A year of recruiting and teaching new ones the game;

Those new recruits will learn how to fly,
They will be top agents and aim for the sky,

The happy broker will keep their success in sight,
“HAPPY RECRUITING TO ALL, AND TO ALL A GOOD-NIGHT.” 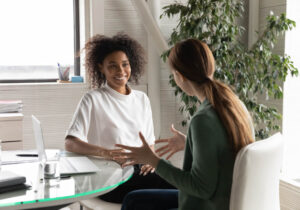