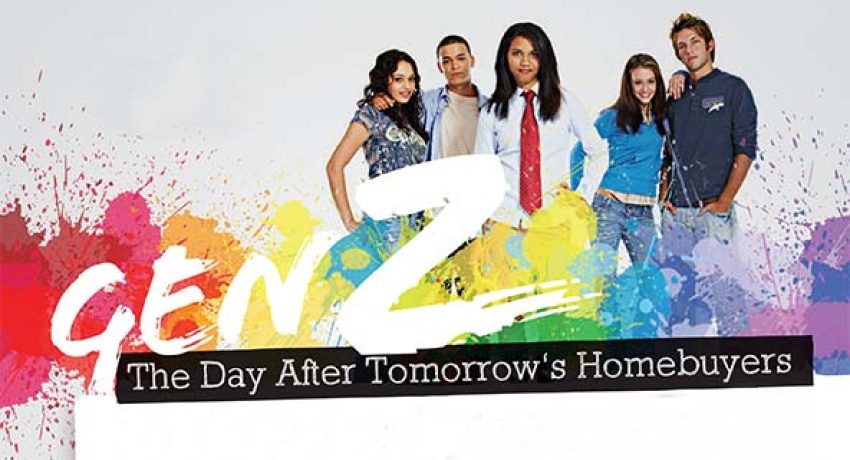 The term “instant gratification” has been around for years, but never has the phrase so accurately described the way Americans think and act. Need a ride? Hail a cab with your smartphone. Like that new song? Download it instantly. Is that website taking more than two seconds to load? Pick another from 2.3 million hits in your Google search.

No demographic group is more accustomed to having it all and getting it now than Generation Z, the 21 million Americans ages 13 to 17. The first true digital natives, they have never known a world not dominated by the Internet. You might assume they would measure the attainment of success differently from earlier generations, but you might be surprised.

Despite their young age, Gen Z attaches great importance to homeownership, and its teen population says they would make big sacrifices to achieve what most consider an essential part of the American Dream.

Almost nine in ten respondents (89 percent) said owning a home is part of how they view the American Dream. That handily beats other milestones such as graduating from college (78 percent), getting married (71 percent), and having children (68 percent).

This age group is widely expected to be one of the most entrepreneurial generations, but more see owning a home than owning a business more desirable by a margin of 77 percent. And as much as they’re accustomed to shopping online, just 19 percent expect to actually buy a home that way. Eight in 10 expect to use traditional methods such as working with a real estate agent.

For more evidence of this group’s traditional outlook, consider that while young people increasingly embrace city living for access to jobs, entertainment, and social engagement, most (47 percent) in this group expect their future home to be in a suburban setting, with 23 percent favoring cities. Generation Z sees itself as pretty stable, with respondents saying, on average, that they foresee owning just two homes in their lifetime.

If you question the relevance of polling such a young cohort on a purchase that’s likely many years away, consider how educated and aware Generation Z is about the real estate market. Respondents estimate paying, on average, $274,323 for their first home. That’s startlingly close to the $273,500 median home cost reported in the latest U.S. Census data.

To learn more, read the full press release, and watch the video below. We’ll be talking more about these new kids on the block (who have probably never heard of New Kids on the Block) in the coming months. Stay tuned!