A sit down with Blair Myers 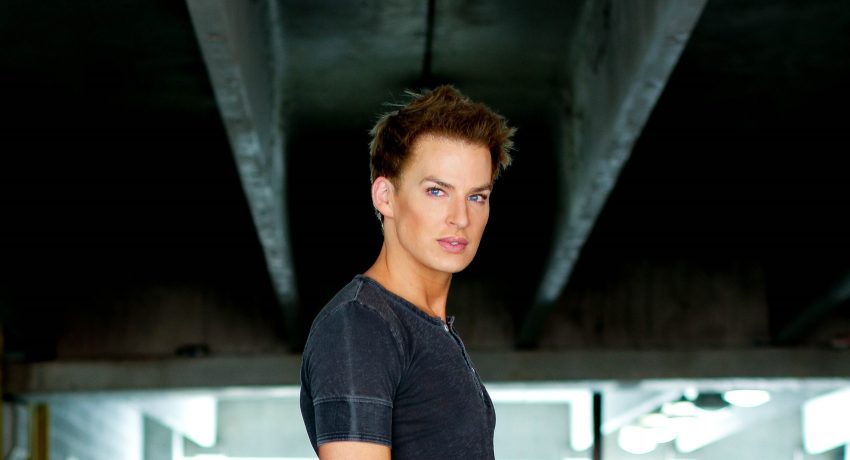 Blair Myers remains one of the most successful real estate agents in the industry, but his path to success has been much different than most. And it is all because of his look.

“I am a gay man and just got married, but when people look at me they often don’t know if I am a woman or if I’m trans,” he said. “I really don’t care much and take pride in how I look.”

The broker/owner of Better Homes and Gardens Real Estate Success in Warner Robbins, GA, placed first for the second year in a row at the top of the National Association of Gay and Lesbian Real Estate Professionals’ (NALGREP) Top LGBT+ Agent List with 305.8 sides in 2018. He was up 12% over last year’s 272 transaction sides. Blair also ranked 16th in the nation, and tops in Georgia, according to the REAL Trends + Tom Ferry The Thousand.

BHGRE® and Realogy are founding partners of NAGLREP which now has 2,500 members and 37 chapters and is one of the nation’s largest LGBT+ trade organizations.

All of this success wasn’t even supposed to have happened had Myers followed his original path at Transylvania University (Lexington, KY) where he hoped to become a social worker.

“In a college internship I learned how challenging social work can be,” he remembered. “Bless social workers because I couldn’t see myself doing that work daily while maintaining a bright overall outlook on life. After that internship I knew I wanted to help people, but wasn’t sure how. My dad recalled that when I was 9, I would pretend to show houses. So he strongly suggested I look into real estate. At first I was dead set against it because I wanted a steady paycheck, benefits and a more typical life.”

Blair’s dad urged him to rejoin the family in Macon, GA where they had moved from Lexington and offered to pay his son’s tuition at real estate school. Blair was hooked.

“Although I live and work in central Georgia, I was not afraid to be who I am,” he said. “I was definitely being my ‘authentic self’ as we say today in the LGBT community. Going all out, I launched my World of Blair website, had wrapped cars before anyone else, gave away Blair dolls and Blair lip balm along with the traditional tote bags, mouse pads and pens. Those that used to make fun of me will often be the ones mimicking me in their own businesses today.”

Life Comes First: Blair’s thoughts changed when he started dating, and eventually married Steven. While he still works extremely hard, in his earlier years Blair rarely put himself first and constantly put work, his teammates and clients far ahead of his own personal happiness. “I now understand what the true value of life is and how work fits in and, ultimately, provides the rewards,” he said. “I like to travel. I like to cook. I really am learning to enjoy things more.”

Simplify: Juggling 300 deals a year obviously requires being on the real estate treadmill, but Myers is learning a new way. “I was one who wanted more, more and more and always wanted to go faster,” he said. “Technology and competition never stops. But we need to recognize our own skills and get off the treadmill. On the brokerage side, I realized having the right agents and teammates is more important than growing an office filled with so many who may not be the right fit. Our industry is always pushing for more numbers, but sometimes numbers get in the way of the right culture for you. My focus is on smaller in an industry seemingly obsessed with the idea that bigger is better.”

The best of the best has been announced! 2022 REAL Trends America’s Best Real Estate Professionals ranks the

You’ve Got the Power! How Agents Can Stop Discrimination in the Housing Market

Diversity and inclusion apply to the housing market as well as business. The two come